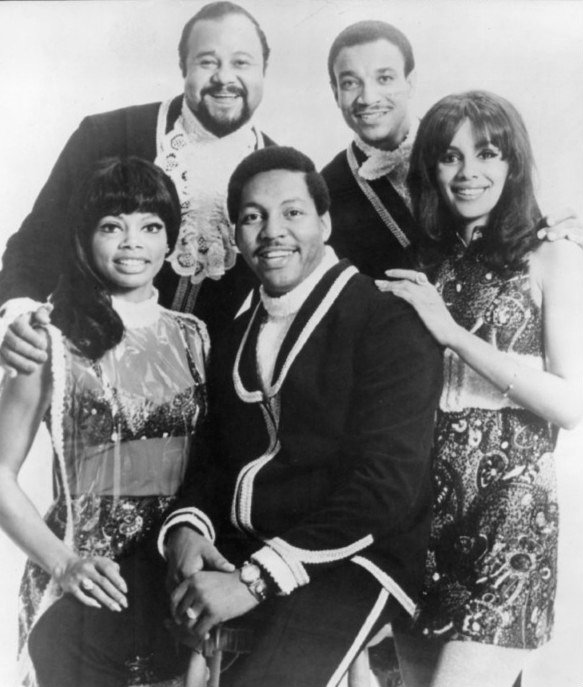 New Stars On The Horizon: The Devil's Anvil, The 5th Dimension, Leonard Cohen

THERE'S A distinctive new sound in popular music, so refreshing and groovy you might call it fifth dimensional, and that's exactly what the people who ...

Best Records of 1967: The Fifth Dimension, Dion & The Belmonts, The Byrds

UNLIKE DAVID Griffiths, I have no really clear-cut LP choices of last year. I've narrowed the field down to three records which I've written about ...

Jim Webb: Flood Of Grammys — Songwriter Hits the Top at 21

AT THE AGE of 9, Jim Webb took up the organ, a utilitarian move since his father was (and is) a Baptist minister in Oklahoma ...

"I DON'T know why we haven't done a tour in Britain," said gorgeous Marilyn McCoo of 5th Dimension, "I guess the bookers haven't been able ...

AT A PERIOD when groups come and go and musical moods change quickly, the lasting power and dependable good vibration sounds of the 5th Dimensions ...

The 5th Dimension: The Times They Are A Changin'

ALMOST SINCE their inception a decade ago, The Fifth Dimension have become almost a musical institution. Not necessarily one to everyone's taste because for the ...

AFTER A period of time out of the recording limelight, The Fifth Dimension are back – with a new album ("Star Dancing"), a new record ...

Up Up and Away Jimmy Webb and The 5th Dimension

ONE OF the most respected songwriters of the modern era, Jimmy Webb was just 18 years old when he struck up a friendship with Marc ...

The 5th Dimension: Up, Up and Away/Magic Garden

IT'S NO SECRET that time has a way of erasing details and leaving our memories with only the broadest contours of our shared experience. Most ...

The 5th Dimension: Elegant Pop Crooners Who Wowed The Mainstream

MY PARENTS owned only two albums that weren't folk or opera. One was the original Broadway cast recording of the musical Hair, which was famous ...