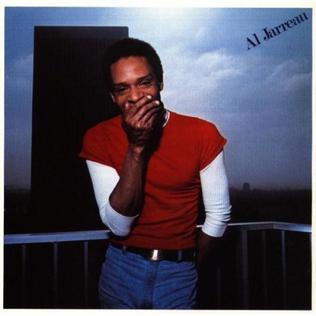 Al Jarreau: We Got By (Reprise)

HERE WE have a black singer/songwriter who's into heavy introspective lyrics which he puts across in a distinctly original manner. We'll get to his singing ...

It's a bit early for New Year predictions, but here's one: Al Jarreau

TO EVERYONE who's raved over Al Jarreau's Warner Bros album, We Got By, the identity of the man has remained an enigma that demanded solution. ...

Al Jarreau: Look Out, Al Jarreau's On His Way

IT SEEMS like but a short time since we last spoke to a talented gentleman who has been hailed by many of his peers and ...

A special report by David Nathan on the on-stage and behind-the-scenes activities at Warner Brothers' special "California Soul" series of concerts during end of February ...

"THERE'S NO reason for my deserving this interview any more than the man out there pouring drinks, except that I try to say something through ...

Al Jarreau: A Man And His Laundry

Interview by Vivien Goldman, Sounds, 1 May 1976

OF THE twelve songs here, four are from his first two albums, two are throwaway versions of show-tunes and the remaining six are new material. ...

Al Jarreau: Days Of Future Past

Since the release of his debut album three years ago, Al Jarreau has firmly established himself as a creative talent of the first order. He ...

FOUR JARREAU brothers grew up in Milwaukee. They all sang. Three still live there. "My older brother had a fine tenor voice," Al recalls. "The ...

A four year gap in between albums has caused Al Jarreau to carefully re-evaluate his career. The conclusions made and actions undertaken as shown on ...

This week: Jonh Ingham on Punk, the Pistols & John Peel