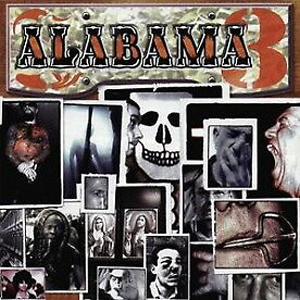 Yea, verily, it is written. Theatrical preacher types ALABAMA 3 will meet STEVEN WELLS in a Brixton restaurant. They will shout at him about about ...

COLDHARBOUR LANE is one of Brixton's infamous thoroughfares, where the great unwashed jostle alongside the black British community. ...

THESE ARE the sort of men my mother warned me about as a small child, and — metaphorically, at least — they want me to ...

SOUTHERN MUTHAS DO HAVE EM! ...

From Brixton jail to fragrant Hell's Angels bunfight: a weekend with Alabama 3 is one worth "tooling up" for. So hide your shiv in a ...

The theme tune for the hip gangster drama The Sopranos is set to shoot into the UK charts this month and catapult the band behind ...

Report and Interview by Will Self, Observer, The, November 2002