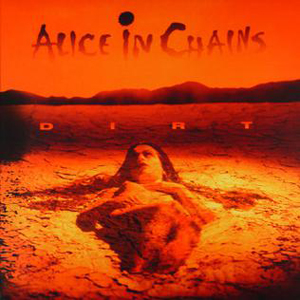 The "new boy" talks about the weight of expectation on his shoulders replacing Layne Staley, his friendship with Jerry Cantrell, recording new album Black Gives Way to Blue, and guitars, amps etc.

Record companies are flocking to the Great Northwest, signing bands like crazy and hoping to find the Next Big Thing ...

ALMOST TWO years ago to the very day, Seattle's Alice In Chains supported Megadeth here in Berlin's Neu Welt club on a first, rather pointless ...

Alice In Chains are exploding! With two killer new tracks in the can and a major slot on the upcoming Lollapalooza tour lined up, the ...

THE NEAT TRICK Alice in Chains pulled off a coupla weeks ago when their third EP Jar of Flies (Columbia) zipped to the No. 1 ...

IF EVER a Central Committee for Naming Things should be summoned into existence, I would like to nominate, for the chair, the inventor of the ...

LAYNE STALEY was already something of a ghost. Alice in Chains, the Seattle band he'd fronted since 1987, was officially on "hiatus," a two-year respite ...

CONTEMPORARIES OF Nirvana and Pearl Jam during the Seattle grunge boom of the late 1980s and early 1990s, Alice In Chains returned from a long ...