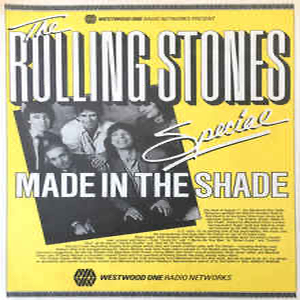 The Stones are no longer a challenge... they need no pushing... the Andrew Oldham Orchestra doesn't exist ...

What Has Truth Got To Do With Pop?

ROLLING STONES manager Andrew Loog Oldham is on the move and as usual with this ubiquitous personality ("The Beach Boys' new single is not dedicated ...

MOST OF the top recording business entrepreneurs from the Sixties have their little niches all carved out for them. ...

ONE OF THE most interesting personalities of the first decade of British rock was the Rolling Stones' sharp-tongued, red-headed manager, Andrew Loog Oldham. ...

Cancel room service! The man who styled and managed those grubby pop hopefuls The Rolling Stones — forever staining the world with the concept of ...

THERE ARE only a handful of rock managers who truly deserve the epithet great, those whose reputations have lived on long after the sell-by date ...

As manager of The Rolling Stones for most of the Sixties, ANDREW LOOG OLDHAM became almost as famous as the band themselves. Modelling himself on ...

Andrew Loog Oldham… And The Salty Tale Of Sandy Beach

POP STARDOM is about creating myths and sticking to them. ...