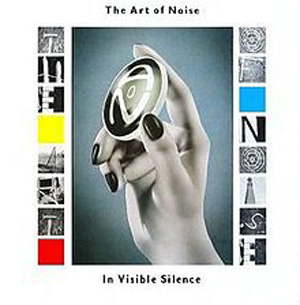 Art Of Noise: a Spanner in the Works

ART OF NOISE IS THE FIRST RELEASE ON TREVOR HORN'S AND PAUL MORLEY'S ZANG TUUM TUMB LABEL. NOT DISCO. NOT POP. YET NOT UNTUNEFUL. CHRIS ...

ZTT: Who Bridges the Gap Between the Record Executive and The Genius? Me

PAUL MORLEY, the man who took FRANKIE GOES TO HOLLYWOOD to Number One, takes a long day's journey into night where he wonders whether he ...

State Of The Art: The Art of Noise

Report and Interview by Lynden Barber, Melody Maker, 19 May 1984

ZTT: The Morley & Horn Show present How To Make A Spectacle of Yourself

The first year of ZTT has been a spectacular success, with Frankie Goes To Hollywood singles 'Relax' and 'Two Tribes' becoming respectively the fourth and ...

HOT TOWN, it's summer in the city. Basing Street, West London to be exact, the pleasure dome of ZTT records. The Art Of Noise have ...

The Art Of Noise: In Visible Silence (China Records)

SO it's THE Art Of Noise now is it? Addition of the definitive article does not hide an alarming slump into powerpop abandon and things ...

THEIR TIME, like the strained smile on celibacy's face, is desperately short. Like the tame, trained, caged bear all their disregard is now marshmallow; their ...

Frankie Goes To Hollywood, Art Of Noise et al: A Force From Above