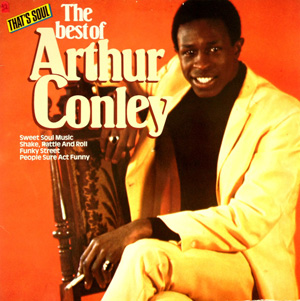 A RECORD tracing the deep bond of friendship and artistic respect between Otis Redding and himself has been waxed by Otis' "Soul Protégé" Arthur Conley. ...

OTIS REDDING and Sam Cooke, whose tragic deaths robbed the music world of two of its biggest talents, were both responsible for much of the ...

Soul together — so untogether! ...

ALTHOUGH ARTHUR Conley is acknowledged as being one of the finest young entertainers on today's Soul scene, it's quite a while since his last really ...

AWARE OF all the 'changes' that have been going on with the Supremes of late, it was natural to hope that some of the new, ...