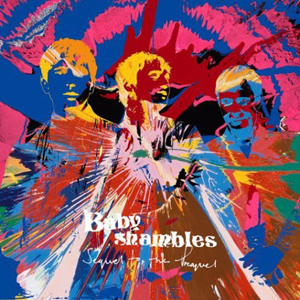 FOR THE BENEFIT of readers in Turkmenistan, I should explain that Babyshambles is the band led by former Libertine Pete Doherty — a man whose ...

Pete Doherty And The New Decadence

PERHAPS MARC ALMOND put it best: "To me a star is someone who has something extra, and something missing at the same time – ...

Babyshambles: Down In Albion (Rough Trade)

Babyshambles: Down in Albion

HOW TONY PARSONS delighted in playing the contrarian on last Friday's Newsnight Review. Having lived with Babyshambles' long-awaited debut album for a week, the Mirror columnist took ...

WHEN Rough Trade Records released Babyshambles’ debut album, Down in Albion, early this year, it was a natural pairing: a maverick U.K. independent label of ...

It is, at least, far better than their tragic debut. Pete Doherty's promise, however, remains unfulfilled. ...