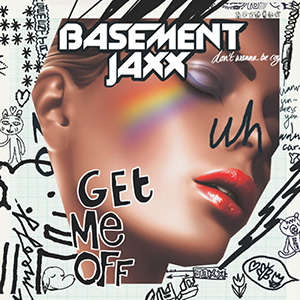 High In The Basement

Report and Interview by Andy Crysell, Face, The, March 1999

Interview by Simon Reynolds, Wire, The, May 1999

WITHOUT FANFARE, House has crept forward to become the leading edge of dance culture again — just like it was over a decade ago. It's ...

MAYBE THEY COULD change their names to the Jaxxes. With half-assed rock bands now enjoying all the hype once reserved for half-assed DJ acts, it's ...

IN THEIR 10 years together, Basement Jaxx have sold more than two million albums, won a Brit Award for Best Dance Act and generally been ...

AFTER A SLUGGISH start, the finale of Bristol's Grolsh Summer Set shows felt like a largely triumphant affair on Wednesday. Local acts featured on the ...

Itchy and Scratchy: In Praise of the Basement Boys

BEING OF a certain (old) age, I’ve pretty much grown out of dance culture. If I’m really honest, I was already semi-alienated before the rave era ...