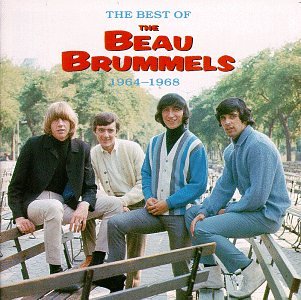 Sal Valentino takes us through the history of The Beau Brummels, from being produced by a young Sly Stone for Tom Donahue's Autumn Records to the Warners years, working with Van Dyke Parks and Randy Newman, and the Triangle and Bradley's Barn albums.

THE BEAU Brummels' press agent says that they "penetrate". And so they did – they penetrated right into The BEAT offices the other night. They ...

The Beau Brummels: 'That's The Way We Want It'

HOLLYWOOD: Unlike last summer there are no female hikers along Benedict Canyon Drive. No long bangs – no bell bottoms – no police cars. You ...

Profile and Interview by Mike Gormley, The Ottawa Journal, 25 June 1966

Brummels "Killed" By Health, Draft Board

THE UNAVAILABILITY of three members of the Beau Brummels to conduct tours and personal appearances has forced the disbandment of the group, a spokesman for ...

ONCE THE all-engulfing wave that was the British Invasion of 1964 had begun to subside, it began to be possible for some home-grown talent to ...

THE BEAU BRUMMELS weren't the most eagerly anticipated reunion band, but they're the first to equal their earlier standards, an accomplishment the Byrds, Love, Spirit, ...

I BOUGHT MY first two Sixties rock & roll albums, the Byrds' Mr. Tambourine Man and the debut LP of the Beau Brummels, at a ...

IF 1967 WAS the year that the torch passed from England back to America, from Swinging London to Haight-Ashbury, then 1968 was the year that ...

Decades In Obscurity, Beau Brummels Front Man Surfaces To Remind Us What The Fuss Was All About

SAL VALENTINO WAS washed up. "No one called in a long time," he says. "No one knew where I was."There were even reports of his ...