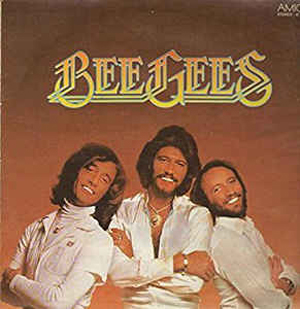 The Bees Gees: From Down Under To Disco

Profile by Steve Turner, The History of Rock, 1984

SINCE ENTERING POP MUSIC in the Fifties, the Bees Gees have had three careers on three continents, each more successful than its predecessor. The first ...

Barry takes us through the '60s, starting in Australia before hitting Swinging London, hanging out with Stones and Beatles, the drugs and booze, and his close relationship with Robert Stigwood

The late Bee Gee Maurice takes us back to the early days in Manchester, Australia and Swinging London, meeting Lulu, his battle with the bottle, and talks about songwriting and that run-in with Clive Anderson.

Surviving the Hither Green railway crash; his role within the Bee Gees; Robert Stigwood, NEMS and Brian Epstein's death; the Odessa album, and much more.

Singles, including the Who, Neil Diamond and the Bee Gees

WHO MOVE INTO A CLASS OF THEIR OWN ...

The Bee Gees in Detroit: 'We're Planning a U.S. Tour'

THEY'RE BUGGED BY THE DRUG SCENE ...

Profile and Interview by Mike Gormley, The Ottawa Journal, 22 September 1967

Group From Down Under on Top ...

New Singles including The Beatles, Pink Floyd and Buffalo Springfield

THE MOST remarkable show ever held at London's Saville Theatre on Sunday — the Bee Gees with awe inspiring 30-piece orchestra, combining advanced pop with ...

WE HAVE seen group wars and feuds before, but nothing like the battle for fans between the Bee Gees and Dave Dee, Dozy, Beaky, Mick ...

My Adventures With The Bee Gees!

THE FIRST TIME I met the Bee Gees they were surrounded by huge clouds of smoke, manufactured by an "ice-machine" in an enormous TV studio ...

Was Robin The Key Figure In The Bee Gees' Success?

WITH ROBIN GIBB hurtling up the charts with his first solo single, 'Saved by the Bell', it would appear that the answer to the question, ...

THE NEWS that the Rolling Stones have resumed personal appearances must have gladdened the hearts of pop fans everywhere. The Stones always were the most ...

Back on course with the Bee Gees

BARRY GIBB IS pleased. It is a good season for ‘the Bee Gees (Barry and his brothers, Maurice and Robin) whose new Main Course album ...

THE BEE GEES are back. If you said it's like they never left you'd be absolutely right, and would win the $5.98 question, redeemable in ...

THE BEE Gees endure. Through changing musical fashions and their own self-induced periods of inspiration and stagnation, they've muddled through. They were an original "next-Beatles" ...

What Comes After Main Course: Barry Gibb & The Bee Gees on Top Again

BARRY GIBB considers Arif Mardin the main ingredient for Main Course's success. He adds: "Quite simply he's the best producer in the world for us. ...

Bee Gees: Children of the World

FROM MUSHY pop ballads through late-Sixties psychedelia and low-key rock, the Bee Gees have demonstrated a chameleonlike ability to adapt to disparate pop trends. These ...

The Bee Gees: Nights on Broadway

BEE GEES: 'The Beatles influenced us in the early days and before that Neil Sedaka. Now we let Stevie Wonder influence us.' ...

The Bee Gees: The Tide Has Turned

From Their Home on the Isle of Man, the Bee Gees Return ...

Disco: They said the same things about the Tango

"These new dances never lost their original reason for being — passion!" "If couples dancing these new steps could see themselves, especially from the rear, they ...

Confessions of A Bee Gees Fan

THE OTHER day I read this shocking story in the Sun: it seems that when Andy Gibb set off from Australia to find fame, fortune ...

Disco: If This Is Culture, Then I Want Out

The Bee Gees: Spirits Having Flown

MOST OF the tracks on Spirits Having Flown would fit snugly enough onto Saturday Night Fever. The Bee Gees have stuck to their disco formula: ...

Oh what a boring book we see When Larry practises to Bee Gee ...

Good For Everything But Listening ...

The Bee Gees: Forgive and Forget

They made the parquet-pounding record that launched the jacket-shedding dance that gave birth to the thing they call Disco. And for this appalling misdemeanor The ...

An extract from The Bee Gees: Tales Of The Brothers Gibb by Melinda Bilyeu, Hector Cook and Andrew Môn Hughes, first published by Omnibus Press ...

How the Bee Gees got into Disco: An Oral History of Main Course

NOTE: This is a considerably extended version of the piece published in Q. ...

The Bee Gees: You Lookin' At Me?

Interview by Johnny Black, MOJO, May 2001

"WHAT IMAGE?" ASKS BARRY Gibb. "I haven't got an image." What he does have, though, is a guitar. It's a second-hand customised hollow-bodied Epiphone, bought ...

The Bee Gees: The Rogue Gene

IT WAS EASTER 1965. THE STONES were at Number 1 in the UK with 'The Last Time', The Beatles and The Supremes were battling it ...

Pronounced "Morris", By The Way: The Rare, The Precious, The Death of a Bee Gee

JOHN ENTWISTLE. George Harrison. So how come it's the utterly coolest-by-far members of some of our all-time favorite bands who seem to be departing far, ...

PORTLAND, OREGON USA – Last year, self-proclaimed pop music geek Ellen Osborn was tooling around town when she got an idea: "There should be an ...

FOR BABY BOOMERS, this year marked the 40th anniversary of the Summer of Love. For hipsters worldwide, 2007 means that it's been three decades since ...

The Bee Gees: Fifty Years Of The Brothers Gibb

ON DECEMBER 28, 1957, Manchester skiffle combo The Rattlesnakes first earned money from their ability to sing in harmony with a ten-minute slot at the ...

In the Bee Gees' Time – A New Documentary on THAT Band

ON JANUARY 3, 1967, failed Australian pop trio The Bee Gees set sail for England, aboard the SS Fairsky. By the middle of that summer, ...

IN 1961 THE Gibb family – parents Hugh and Barbara and kids Lesley, Barry, twins Robin and Maurice, baby Andy – were living on Queensland's ...