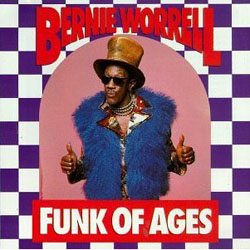 The "Wizard of Woo" talks about his hugely varied background in music; his time as part of P-Funk; fond memories of his association with Talking Heads; his current band and activities, and his desire to play music with whales and dolphins!

THE LATEST Parliafunkadelicment member to shoot solo shots is Bernie Worrell, the keyboard king of Funkadelia. Entitled All The Woo In the World, the album ...

Bernie Worrell: Aspects of the Funk

HE MAY NOT be a household name, but chances are you've grooved to his music over the years. ...