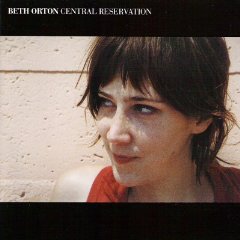 CONTEMPORARY FEMALE singer-songwriters, then: fiercely independent, forever marketed as several colours short of a full palette and ever-prone to massive crossover success care of the ...

OH ALRIGHT, Beth ain't quite this big on her own terms yet (tonight's mini-set is as special guest to grim old folkie John Martyn) but ...

Singer Beth Orton shrugged off the tragedies of her youth and was inspired by acid house to mix folk with breakbeats. Sheryl Garratt hears how ...

WITH A NEW album, Daybreaker, due at the end of the month, this one-off show was an opportunity for Beth Orton to shake down the ...

TO APPRECIATE how special Beth Orton is, it helps to catch her at a show like the one she did at the 1999 South by ...

BETH ORTON has always been accompanied by a narrative of loneliness. The death of her parents inspired many of her early songs, which told of ...

HAS EMPTY become the new full? Every month we read of another singer-songstress who's stripped down her sound, kept things "spare and minimal". Now it's ...

"GOOD EVENING Shef-f-f-f-f-iel-d-d-d," begins Beth Orton, as an incorrectly set microphone makes her voice sound as if it has been remixed by King Tubby. Then ...