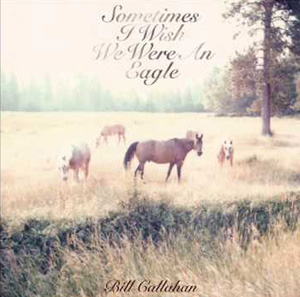 Mr Smog talks about his latest album Rain on Lens; about his songs not being autobiographical; on not deserving his reputation as a miserabllist; discovering music in his youth, from John Lee Hooker to punk; enjoying a peripatetic existence; playing the 2000 Meltdown Festival and meeting Scott Walker; on not trying to make hit records, and his admiration for Buster Keaton.

Bill Callahan: I want to be alone

Alt-country's reluctant star, Bill Callahan, aka Smog, is not a man to stand still. Or get too close to people. Or talk much. Andy Gill ...

Retrospective and Interview by Nick Hasted, Uncut, May 2010

"I'M SOMEWHERE between a gumshoe and a journalist," Callahan says. "A writer, not a symbol. I don't want to be a performer who gets applause ...