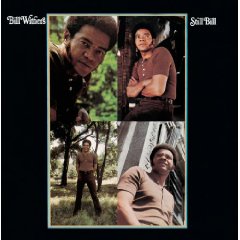 WHEN 1971 is finally evaluated in years to come, historians will look back and acknowledge Bill Withers as one of the most significant and important ...

WITHIN a year of its composer Bill Withers taking it high up the American chart, 'Ain't No Sunshine' has become firmly established as a soul ...

THAT OLD saying "never too late" is certainly true in the case of Bill Withers. Withers is just about the hottest male singer in America ...

Bill Withers: Morale Music For The People In The Ghetto

A TELEPHONE CABLE that runs off the edge of Britain, down under the Atlantic, and up again into the heart of North America to St. ...

Lots of Sunshine for Bill Withers

MOST SONGWRITERS dream of one day writing a standard. Singers dream of establishing one. Bill Withers does both – frequently. You only have to look ...

THE QUEST for that intangible magic with which so few of us are blessed, can often entail a very long journey indeed. And whilst Bill ...

IN THESE days when it's applied with alarming frequency to practically every new talent that emerges, the word "genius" as with so many other superlatives ...

"I DON'T want to get dependent on being called a genius to survive. I don't want to get so sucked in by flattery that I ...

Bill Withers: A Star Now, Shocked By the Shallowness

THE HUGELY successful singer Bill Withers is a big guy. When he comes through the doorway, he fills it; when he shakes hands, he really ...

FIRST TIME I saw Bill Withers live he was appearing at the huge Louisiana State Fair in Baton Rouge to a matter of about 20,000 ...

SOUNDS OF applause, opening bars or lazy stereotyped black funk, then a hoarse voice yelping out "I don't mind you're using me — uh! — ...

SINCE NO one else has had the nerve to say it, I might as well. Bill Withers is a great soul singer. Some purists might ...

Remembered as a smooth '70s balladeer and a raw soul pioneer, Bill Withers is the music legend who opted out. Don Waller tracked him down ...