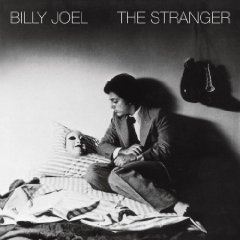 The Piano Man talks at length about his last album of original material, River of Dreams: about the composition of the songs, the production process, and working with Danny Kortchmar. He also discusses his identity as an artist and his new sense of confidence and legitimacy.

THE GRAPEVINE WHISPERS Billy Joel is going to be a superstar. ...

IT'S AN AWFUL confession to make, especially in a normally omniscient rag like this, but up until about nine months ago I was almost completely ...

Billy Joel: Power Behind The Throne

WHAT ROCK'S LATEST SUPERSTAR OWES TO HIS WIFE ...

The comparisons — and the influences — are obvious. He writes with the directness of Lennon, shares the melodic skill of McCartney, and understands the ...

REVENGE OF THE SUBURBS ...

Piercing fragments from the gutter ...

IT IS, OF course, too easy to say that once you've seen the video, the real thing can only be a disappointment. Indeed, there were ...

Bout with an uptown boy: Adam Sweeting on a roistering evening with Billy Joel at Wembley ...

Billy Joel: We All Make Mistakes…

DOWN THE HALL of the Mayfair hotel, the beautiful star model, Christie Brinkley, she of 1,000 swimsuits on 1,000 glossy covers, and the less beautiful ...

Still Ethnic After All These Years ...

Billy Joel Gets the Blues

JOHN SEBASTIAN of the Lovin' Spoonful was all of 22 when he sang, "I think I've come to see myself at last." ...

BILLY JOEL on his heavy metal past, the music biz, covers, his heroes and getting free tickets for the Superbowl... ...

Billy Joel on The Stranger

IN 1977, BILLY Joel was struggling to catch a break. The Long Island native was approaching 30, and had released four albums to no great ...

IT SEEMS FITTING that Billy Joel should play the last concert at Shea Stadium before it meets the wrecking ball. Shea has hosted the most ...

IT MIGHT HAVE been the single greatest gathering of talent for a rock show – or it might just have been, as Mick Jagger put ...