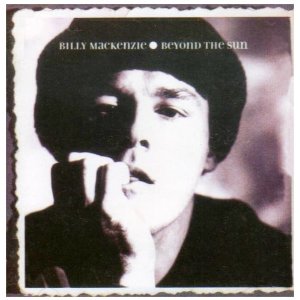 THE WHIPPETS have pissed on the carpet of Chris Parry's Office. Billy Mackenzie grins, a little wickedly; there's a nice little stain that should be ...

ONLY A YEAR AGO The Associates seemed to have the world at their feet; with three hit singles behind them and their first tour in ...

THE ONE asset Billy MacKenzie hasn't lost sight of in his wayward career is that delicious voice — a sweeter impression of the quasi-operatic croon ...

Billy Mackenzie: Beyond The Sun

BILLY MACKENZIE was narcissism made flesh, the Devil's grin on his dimpled face and the best white pop voice of the last 20 years gushing ...

When Billy MacKenzie committed suicide in January, he was about to re-launch a career that sparkled briefly but brilliantly with The Associates. Lucy O'Brien recalls ...

AN ANARCHIC Bassey, a sinister Pavarotti, a monstrous madcap Bowie, even when he was at his most obscure, his most difficult and extreme, there was ...

The Bizarre Life And Lonely Death Of Billy Mackenzie

TOP OF THE POPS, MARCH 3, 1982. A relatively unknown band from north of the border are about to do what David Bowie, Roxy Music ...

Billy MacKenzie: Beyond The Sun

BEYOND THE Sun is a fitting tribute to Billy Mackenzie, who committed suicide this year, although it was nearly a completely different album. This posthumous ...

EVERY PICTURE tells a story. In this biography of the late singer Billy MacKenzie, there's a photo, circa 1971, of St. Michael's School's under-15s Football ...

ON THE NIGHT of Wednesday, January 22, 1997, Billy MacKenzie, outrageously gifted vocalist with the Associates and writer of some of the most extraordinary music ...

"MacKenzie's real fear was the banal actuality of pop success…to keep his perfect, impossible-past-and-future pop fantasy intact, it was necessary to destroy Associates" ...

The Associates: Wild and lonely

In January 1997, Billy Mackenzie, the most astonishing singer of his generation, was found dead. 10 years on, no one quite knows why the mercurial ...