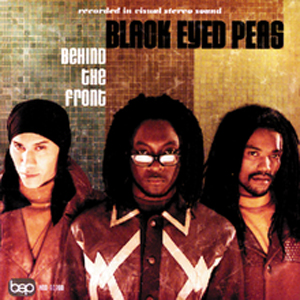 EVERY ONCE in a while, some little sweetie in Hiphopsville receives one too many Valentines and gets all gooey on our asses. People generally think ...

NOW THAT hip-hop is a global lingua franca, anyone with the slimmest of credentials can lay claim to authenticity. ...

HOW THEIR ANTI-WAR SONG AND A FAMOUS FRIEND HELPED BLACK EYED PEAS HIT THE JACKPOT. BY GAVIN MARTIN ...

CAN IT ONLY be 18 months since the Black Eyed Peas were jostling each other for space on the tiny stage of the 400-capacity Jazz ...

Live Review by Caroline Sullivan, Guardian, The, 9 May 2005

ALMOST ALONE among hiphoppers, the Black Eyed Peas have a sense of humility, so they must cringe at their label's hype. Whoever decided this amiable LA fourpiece ...

Will.i.am: Peas In Our Time

The Black Eyed Peas' frontman Will.i.am tells our correspondent how "happy" music took him from the ghetto to the Top Ten ...

THE TITLE apparently stands for "The Energy Never Dies", will.i.am's response to what he perceives as the end of a music industry "paradigm", but which ...

The Black Eyed Peas: The Beginning

Never Mind The Balearics: The Ibiza-ification Of Pop

From Black Eyed Peas to Taio Cruz, much recent pop looks to Ibiza for inspiration. And yet for all the hands-in-the-air moments, this music is ...