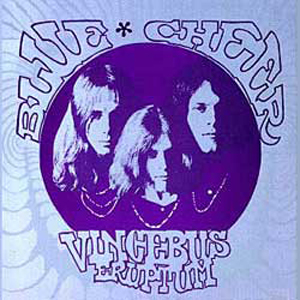 IMITATORS and/or carbon copies of top groups seldom make it big in the business of pop. But a probable exception may be Blue Cheer, who ...

Albums from Blue Cheer, Bobbie Gentry and the Human Beinz

Traffic, a British Trio, Flows With Subtlety at Fillmore East ...

Blue Cheer: Meet the Loudest Group in the World

BLUE CHEER have been called the world's loudest group. This American trio first hit the American chart headlines some months ago with their version of ...

Group Does the Impossible Critic Raps Recording Of Favorite Song ...

NOTE: Until its unfortunate demise and Mark Shipper’s degeneration into an acid-wrecked vegetable, Flash Magazine was an important clearing house of ideas. Information on rare ...

BLUE CHEER were once championed as being the loudest band in the world. By today's standards of mega-volume Blue Cheer may sound pretty tame, but ...

Every month we play a musician a series of recordswhich they're asked to identify and comment on — with no prior knowledge of what they're ...

How three Summer Of Love acid-heads became the heaviest band on the planet. ...

Be of Good (Blue) Cheer

FOR MORE THAN 40 years he's been making eardrums ring and, according to his physician, growing calluses on his own. But Blue Cheer founding bassist/vocalist ...