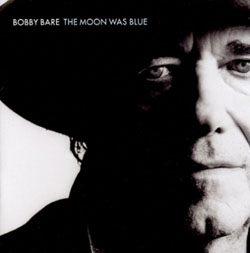 FROM TOP TO bottom, the Shower of Stars last Saturday night was really fine. The sound system was much improved and the sound it carried ...

"It's a funny thing. I'd probably sold two or three millions for RCA before I realized that you got paid for it. Fact is, I ...

In which BOBBY BARE, country singer of the '60's re-emerges with a bunch of Shel Silverstein songs and a socialism as potent as Keir Hardie's; ...

Bobby Bare's Down and Dirty Country

The singer's most recent album bucks the pop-crossover trend ...

Bobby Bare: Detroit City and Other Hits/500 Miles Away from Home (RCA)

THE FIRST THE WORLD thought it had heard from Bobby Bare was in the summer of 1963 when 'Detroit City' hit the Top 20 in ...

AN OUTLAW before his time, a folk singer who never played a coffee house, a rock 'n' roller who gave away his biggest hit. Bobby ...

Bobby Bare: A Bird Named Yesterday/Talk Me Some Sense/Down & Dirty... Plus

BARE'S A COUNTRY giant, up there alongside Cash, Haggard, Waylon'n'Willie. A one-time pop kid who toured with the likes of Bobby Darin, he notched a ...