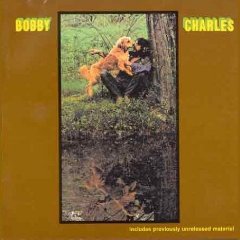 BOBBY MADE THIS RECORD lying flat on his back, with his eyes closed and his dog licking his feet. He was tired, it had been ...

IT'S BECOMING increasingly fashionable for session musicians to produce albums which highlight their own talents, and to employ on them the people who in turn ...

A COUPLE OF years ago an excellent little gangster movie from the States was doing the circuit, called The Grissom Gang. Now rock has come ...

The Story of Bobby Charles and Bearsville

BOBBY CHARLES IS one of the great Louisiana records, and there have been a few. It doesn't matter that it was recorded in upstate New ...

Bobby Charles: Wish You Were Here

IT'S BOBBY CHARLES'S personal preference to maintain a low profile. He has famous friends who get twitchy when they're out of the limelight for ...

BY THE TIME he got to Woodstock in 1971, Robert Charles Guidry was a wanted man. ...

THE ROCK'N'ROLL CLASSICS 'See You Later, Alligator' and 'Walking to New Orleans' are among the compositions of the Louisiana-born singer-songwriter Bobby Charles, who has died aged ...

Bobby Charles, the Inventor of Swamp Pop and Songwriter Supreme

WITH ROCK 'N' roll exploding in austerity-ridden England in the mid-1950s, there was one hip phrase that stood out from the rest: "See you later ...

'See You Later Alligator': Bobby Charles and the Birth of Rock 'n' Roll in South Louisiana, with Harry Simoneaux

Retrospective and Interview by John Broven, Now Dig This, July 2010

WHEN BOBBY Charles recorded 'Later Alligator' for Chess at Cosimo Matassa's J. & M. Studio in New Orleans in autumn 1955, he was not only ...

DURING A VISIT to New Orleans twelve years ago, Shannon McNally, a talented young vocalist from New York with a critically acclaimed pop debut to ...

SHANNON MCNALLY'S new release, Small Town Talk, might more rightly be titled The Songs of Bobby Charles, a line that does appear on the album ...