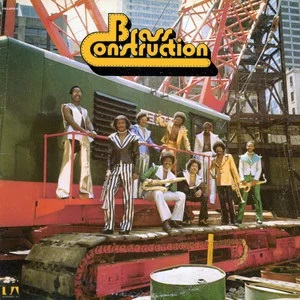 I'M NOT prone to making rash statements (as most readers of B&S of any long-standing will bear witness) but I am going to predict that ...

IT WAS with a great deal of anticipation and curiosity that everyone waited patiently for the second Brass Construction album on U.A. Perhaps no one ...

JEFF LANE'S BC passed the BTs in sales with their first, platinum, album. They did it with compulsive, highly syncopated and relentless disco music which ...

A FIASCO is when you put too much showbiz into soul biz. ...

The Brains Behind Brass Construction

WELL, THE question in hand for this album is simply this — are you fed up with the Brass Construction sound yet? If so, you'll ...

...CLIFF WHITE sounds his Funky horn about what he sees as a lack of critical perspective... ...

Randy Muller: Dance To The Music

"The new Brass Construction album will have the same kind of rhythm pulse and good groove as the first one..." ...