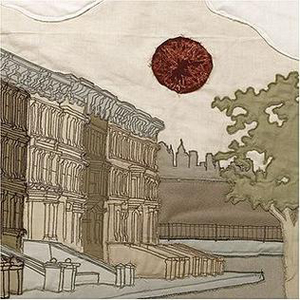 AT THE RIPE age of 20, Conor Oberst is a little long in the tooth to be properly termed a prodigy, but his talents are ...

Bright Eyes: Lifted, Or The Story Is In The Soil, Keep Your Ear To The Ground (Wichita)

Report and Interview by Will Hermes, Spin, July 2003

WHEN CONOR OBERST WAS 16, he fronted a promising, alt-rockin' band calledCommander Venus. They signed an ill-fated contract — at one unfortunate juncture, the band ...

SOMETIMES YOU can be too darn talented for your own good. Regularly described as a "boy genius", 24 year old Conor Oberst – doe-eyed self-obsessive, ...

CONOR OBERST is an anomaly. While his hometown is famous for the two-inch Omaha Steaks that are FedEx-ed around the nation to lesser protein-endowed states, ...

Bright Eyes, the sharpest act in the US today, turns his gaze from his navel to the world. ...

As Bright Eyes he's spent half his 27 years as the boozy Dylan of disaffected youth. On the eve of a new album, Stevie Chick ...

THE LAST word we heard as we left Radio City Music Hall last night, was "Mercy", repeated twice – once by Conor Oberst and once ...

THE LAST word we heard as we left Radio City Music Hall last night, was "Mercy", repeated twice – once by Conor Oberst and once ...