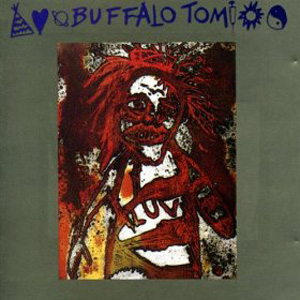 DESPITE BEING a rusting theme park 40 subway minutes from downtown New York, Coney Island has a lot going for it. ...

CONSIDER CHRIS. Indeed, consider Chris Colbourn, bass-player from the excellent Boston three-piece Buffalo Tom, a man for whom nerves are a no-no. ...

AS GRUNGE BECOMES the kind of monster the genre once rallied against, Buffalo Tom's old-fashioned ideals keep them on a back-breaking tour of America's Badlands. ...

Paul Kolderie and Sean Slade: How To Record Rock Guitar

Producers Paul Kolderie and Sean Slade have made a career out off getting excellent guitar sounds to tape, lending their skills to the likes of ...

The Lemonheads: Come On Feel The Suedehead

Report and Interview by John Harris, New Musical Express, 7 May 1994

EVAN DANDO has been marketed as teen sex symbol, scagged out hippy doper and serious artiste, but now THE LEMONHEADS' main squeeze is trying to ...

"SHE'S A tangerine, made in California. She's a sunny day." Bill Janovitz surely knows how to set a scene and now that Buffalo Tom mirrors ...