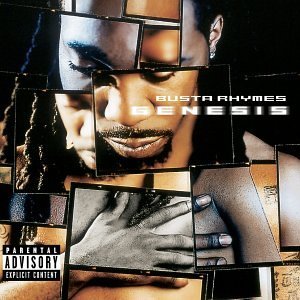 Profile and Interview by Amy Linden, The Source, 1998

"BEHOLD. BEHOLD. BEHOLD." Busta Rhymes is quietly repeating the word under his breath He’s in LA, in the thick of sessions for his third solo ...

AND WHAT sort of name is 'Busta Rhymes' anyway? Sounds like a character from the Whizzer & Chips comic circa 1978. No, but seriously, the ...

ANYONE WHO attended the rap triple bill at the Universal Amphitheater on Thursday looking for a complex worldview or an evolved take on the usual ...

Busta Rhymes: Genesis/Beverley Knight: Who I Am

Busta Rhymes is back on song, Lisa Verrico is pleased to report — and Beverley Knight never left it ...

BUSTA RHYMES is massive. Not necessarily in a physical sense — though he cuts an imposing figure — but in a metaphysical kinda way. ...

A Drink With Busta Rhymes

LOOKING AS IF HE'S BEEN STYLED BY MR T, and garlanded in enough bling to sink a small island, Busta Rhymes bounces on to the ...