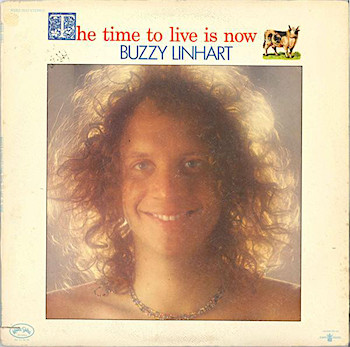 Buzzy tells Roeser about Dino Valenti, and getting the words to 'Get Together' wrong; he also looks back on his time at New York's Café au Go Go and its rogueish owner Howard Solomon, the Lenny Bruce bust and more; getting Son House drunk on whiskey; the failure of his band the Seventh Sons; jamming with Jimi Hendrix; getting stranded in England... and the abject failure of his solo album.

POOR OLD Buzzy. So long as he stayed part of that New York trip, I always felt he had a chance — with the inspiration ...

THIS WAS Buzzy Linhart's first album, released in the late '60s, and Buzzy (with a big assist from his partner, Art Berggren) re-issued it himself ...