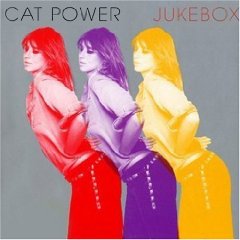 Cat Power: What Would The Community Think (Matador)

IT'S A LITTLE KNOWN FACT, but it is now a legal requirement that every single independent album released in the United States of America must ...

The fifth album from Atlanta's Chan Marshall is a collection of songs by — amongst others — Smog, Dylan, Lou Reed and the Rolling Stones. ...

A shuffle in the dark: Cat Power leaves Keith Cameron ill at ease ...

IT STARTS WITH guitars screaming, and ends in a whisper. The sadistic social experiment of putting Lift To Experience's apocalyptic Texan assault second on the ...

While Chan Marshall's primal folk and haunting melodies are urgent and straightforward, on stage and in person, she is a study in contradictions. Jaan Uhelszki ...

Cat Power: You Are Free

Chan Marshall isn't like the rest of us. She's gifted with a pristine voice, a keen mind, a restless heart and an attuned sense of ...

CHAN MARSHALL'S a spectral beauty, haunted and ethereal as the songs she crafts. What makes her even more extraordinary is how selfless she is, insisting ...

Cat Power: '(I Can't Get No) Satisfaction'

SHORN OF A RIFF and chorus that are both as familiar as any in rock and roll, just verses and rhythm and a single guitar, ...