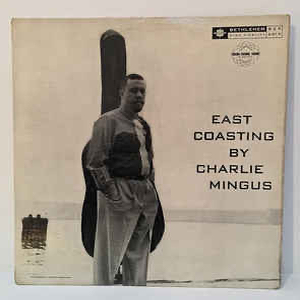 Mingus is blazing, bitter — and outstanding ...

One of the finest bassists and composers of the 20th century ...

Charles Mingus died in Mexico on January 5, of amytrophic lateral sclerosis, a condition also known as Lou Gehrig's Disease. He had been in Mexico ...

SOME TIME back a 'friend' borrowed a large number of my jazz albums — and sold them. All I can say is that the rip-off ...

IF YOU WERE to point an accusing finger at me and say I'd no qualifications to review a jazz album, I'd agree with you in ...

Charles Mingus: What’s Everyone Got Against a Legend?

In his lifetime, Charles Mingus was a rebel and a true giant of jazz, Now the Library of Congress has acquired his works and he’s ...

Charles Mingus: A Musical Misfit In Black And White

A traumatic childhood and a dramatic life characterised the career of the bassist Charles Mingus. James Maycock looks at a documentary on a 'phenomenal musician ...

Charles Mingus' Aces Back to Back and other jazz reissues

JOHN COLTRANE, Miles Davis, Thelonious Monk and Charles Mingus were not just virtuoso musicians but path-breaking composers and bandleaders who shaped the sound of modern ...

IN MID-1962, Charles Mingus made a deal with United Artists. He wanted to lead a big band, but he wanted to record it live, before ...

There's the Mingus Big Band, the Mingus Orchestra... and then there's Eric Mingus. He talks to Adam Sweeting about life in a jazz dynasty ...