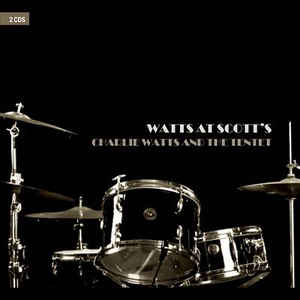 The beloved Stones drummer talks about marrying — and being kept sane by — Shirley Watts; and about getting into jazz in his London youth; maintaining the separation between the Stones and his home life; keeping horses; his love of Stravinsky, Picasso and Duke Ellington; becoming a drummer; his passion for clothes; touring; his lost drug-and-drink years; grandfatherhood; and recording new Stones album Bridges to Babylon.

The Rolling Stone Charlie Watts Takes Over Mansion of First Archbishop of Canterbury!

A ROLLING STONE, having rolled, has come to rest in a magnificent, centuries old manor house, just outside Lewes in Sussex, which was reputedly used ...

"I'M BASICALLY lazy," said Charlie. “I've never found something I really wanted to do outside the Stones. I know it must sound boring, but it's ...

The Rolling Stones: Live Concerts Are Like Going To The Pictures Says Charlie!

"THE STONES have been lucky — or clever in that we have done some records that have lasted longer than a week," said Charlie. ...

The Back Line: Bill Wyman and Charlie Watts

IN A SMOKY CUTTING ROOM on Sunset Boulevard, the entire history of rock and roll flashed before my eyes: Elvis, Chuck Berry, Buddy Holly, Little ...

YOU AND I probably dreamt of opening the batting for England or commanding the footplate of the Flying Scotsman. Charlie Watts yearned for the driving-seat ...

WATCHING CHARLIE Watts' omnipresent grin at this, the second show of a three-night stand in December with his 31-piece extracurricular jazz project, one imagined that ...

Interview by Robert Sandall, MOJO, May 1994

INTERVIEWS WITH CHARLIE WATTS were once memorably described as being "as rare as rocking horse shit". Like many of the jazz players he admires so ...

Charlie Watts: Take me back to Birdland

David Sinclair meets Rolling Stone Charlie Watts in his other incarnation — as a jazzman ...

Long Ago And Far Away, standards performed by jazz quintet, string orchestra and vocalist, sounds like a continuation of your last album, Warm And Tender. ...

Emotional rescueI'VE MADE more of a mess of my Toronto hotel room in 30 minutes than Charlie Watts has after three weeks in his suite. ...

The Beat Goes On: Charlie Watts and the Great Jazz Drummers

Rolling Stone Charlie Watts is not a typical jazz drummer. His previous solo albums have touched on the legacy of Charlie Parker and his new ...

Profile and Interview by Barbara Ellen, The Observer, 9 July 2000

Charlie Watts has always marched to a different drum than the rest of the Rolling Stones. He has been happily married for 36 years, he ...

The gentleman of rhythm calls time ...