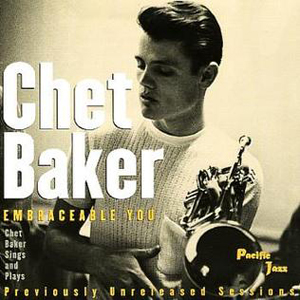 Chet Baker: The Man Who Came Back From The Dead

The Return of Chet Baker ...

Chet Baker: The Price Of A Golden Horn

Chet Baker Sings and Plays From the Film ‘Let's Get Lost’

CHET BAKER'S James Deanish looks, rebel-type lifestyle and romantic jazz style made him a cult figure in the '50s, when he became one of photographer ...

Retrospective by James Maycock, The Independent, May 1998

"WHAT’S YOUR favourite type of high?" inquires Bruce Weber towards the end of his film Let’s Get Lost. Chet Baker’s answer is unsettling. ...

TO DATE, Organ of Corti's important release programme of rare and previously released material from master minimalist Terry Riley has been a somewhat frustrating exercise ...

James Gavin: Deep in a Dream – The Long Night of Chet Baker

IT'S EASY TO rephrase Tolstoy's opening to Anna Karenina so it describes junkies, who all share an essential plot line: Who and how to hustle ...

IT'S EASY TO rephrase Tolstoy's opening to Anna Karenina so it describes junkies, who all share an essential plotline: Who and how to hustle in ...

SO MANY paradoxes with Chet: a man who became a visual icon, but couldn't care less about his appearance; a man whose music was all ...

The Heartbreaking Beauty Of Chet Baker

IT'S AUTUMN IN NEW YORK, and as I always do at this time of year, I pull Chet Baker from the shelf.  ...

I CAN REMEMBER that Chet was major despondent. A black cloud marking time. Why was I interviewing him? No particular reason. The Jazz Centre Society ...