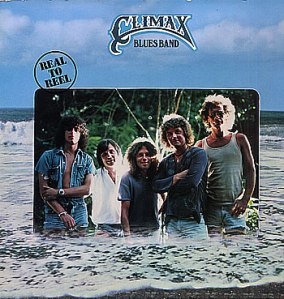 THERE LIES on this album one of the most exciting, imaginative guitar solos I've heard for a long time from Pete Haycock on 'Seventh Son', ...

WHERE THE HELL is Lou Reed?Good question, if a trifle academic, but eminently suited for whiling away times in the coach by discussing. ...

Big in the States. Still trying to breakthrough on the home turf. CHRIS SALEWICZ chews on a 'cheese and tomato' ...

COLIN COOPER and PETER HAYCOCK: 'We're playing more of what people call funk today, but it's all rooted in the blues.' ...

AFTER A succession or strangely dissatisfying gigs in the giant aircraft hangars of rock (ie Empire Pool, Wembley), how sweet it was to hear some ...

IT IS AN extraordinary fact that even the most diligent rock researcher can develop a blind spot. They get quite paranoiac about it. ...

THE CLIMAX Blues Band are fab. Not a profound remark, I know, but it needs saying because their fate in this country has nearly always ...