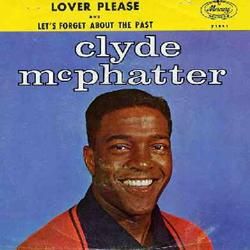 From Harlem in the '50s to London in the late '60s: Clyde McPhatter on Billy Ward and the Dominos, The Drifters, Atlantic Records, Alan Freed and the usual trials and tribulations of an R&B artist.

EUROPE IN GENERAL, and Britain especially, seems to be exerting an increasingly strong magnetic attraction to coloured American artists. Not only do they like to ...

CLYDE MCPHATTER is one of the best singers to come out of the early 50s vocal group tradition. After a stint with Billy Ward and ...

CLYDE McPhatter is dead. I would be a liar if I said I was surprised because Clyde has been 'lost' for quite a few years. ...

(Jerry Wexler is Executive Vice-President at Atlantic Records, the most significant of the early independent labels that recorded R&B. He and Ahmet Ertegun produced the ...

WELL, IS SINGING coming back or not? The signs are, maybe yes. Billy Paul, for instance, and the Chi-Lites, Stylistics, and Detroit Emeralds. ...

Retrospective by Bill Millar, The History of Rock, 1981

PERHAPS THE MOST INNOVATIVE OF ALL R&B singers, Clyde McPhatter brought a new and radical sound to popular music by singing with a spirit and ...

ON SATURDAY nights in 1956, transistor radios in the hands of eager teenagers all over America shuddered with the sensual sound of Elvis Presley's 'Hound ...

FROM THE MOMENT the lights were dimmed in the old St. Nicholas Arena for Alan Freed's first New York Rock And Roll Show in January, ...

"I fell in love with the man's voice. I toured with the group and watched Clyde and listened; finally I got a chance to join ...