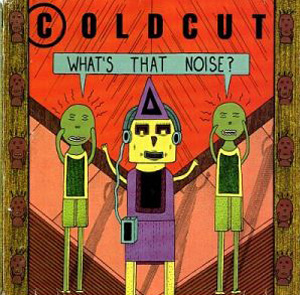 SONGS HAVE become fragile. The things that held them together – the value of the individual voice, the neat edges of recorded product – are ...

First grabbing the world's ears with their remix of Eric B And Rakims 'Paid In Full' the COLDCUT crew of Matt Black and Jonathan Moore ...

• And they said it wouldn't last! In the pop marriage of the'80s, COLDCUT producers Jonathan Moore and Matt Black invited Mark E Smith to ...

THE SLICE IS RIGHT Their dazzle may have been eclipsed by newer brilliant stars, but Coldcut never left the party, they just went off on an ...

You Spin Me Round

"Two turntables and a microphone," are, says Beck, "where it's at." For more than a decade Technics 1200 record decks have provided the backbone of ...

Ninja Tune: Way Of The Ninja