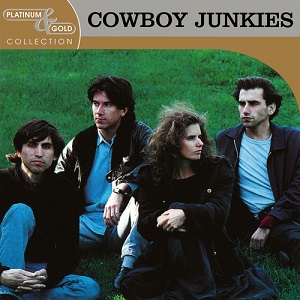 Timmins frère et soeur talk about recording, writing and performing, and latest album Lay It Down.

Saddled With The Blues: Cowboy Junkies

JOHN WAYNE on smack? Is that what you expected and outfit who call themselves Cowboy Junkies to sound like? Wild country and western shoot-outs and ...

NASHVILLE'S BLUEBIRD CAFE is packed for the local debut of the Cowboy Junkies. The Canadian bands lethargic cover of 'Sweet Jane' has been talked up ...

Profile and Interview by Simon Reynolds, Observer, The, 26 March 1989

"MOST OF THE SONGS, there's a grain of hope in there. The characters are always striving for something else. They're in a situation which is ...

Kris Kristofferson Meets The Cowboy Junkies: Country Music On The Morning After

KRIS KRISTOFFERSON occupies an unusual place among American songwriters. His songs have been covered by such legends as his inspiration Bob Dylan ('They Killed Him'), ...

The Cowboy Junkies: Chill out

THERE IS something about 547 Crawford Street with its beer crate-strewn hallway, ashtray-scented kitchen (replete with moist, green furry organisms in the unlikeliest of places) ...

Report and Interview by Nicholas Jennings, Maclean's, 7 May 2001

IT'S NEARLY IMPOSSIBLE to imagine Margo Timmins as a bad-tempered diva. The angel-voiced singer of Canada's Cowboy Junkies has always been a point of calm ...

ARGUABLY, TORONTO'S Cowboy Junkies were the Neil Armstrong of alt.country. Their Trinity Session album of '88, recorded live in a church, dragged the forlorn mannerisms ...

Conchie dispatches from the folk frontline ...

IT WOULD BE myth-making mischief to suggest that, upon its release 20 years ago, The Trinity Session was acclaimed as a landmark album. The best ...

CHARLOTTE, NC, 1990: The Cowboy Junkies have just taken the stage of Spirit Square, an old church renovated into a performance venue. ...

ON ANY LIST of cool rock-star accessories, an old-fashioned tea trolley will rank somewhere near the bottom. But when Toronto's alt-country veterans Cowboy Junkies played ...