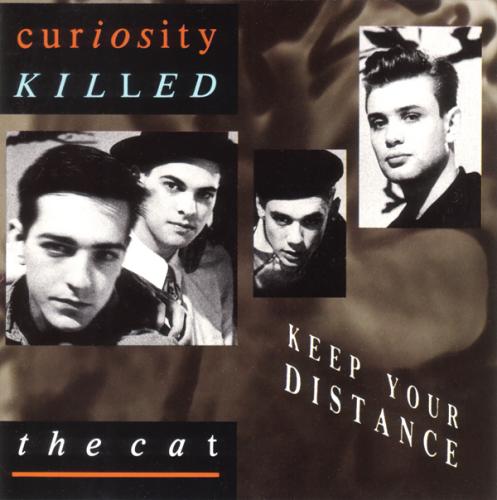 BLACK 501s and Joseph sweatwear. London popsoul that sounds kinda like latter-day Animal Nightlife or early Wham! or one of those other clubland consortiums. A ...

Just when you thought the charts revolved around aging old crones, and the drab indie circuit offered the only alternative, along come CURIOSITY KILLED THE ...

Too naughty to be teeny-boppers, CURIOSITY KILLED THE CAT are nonetheless attracting attention for all the trad reasons – goodlookers, dressers, er mates of Paula ...

They've played with Curiosity Killed The Cat, Cyndi Lauper, Grace Jones and now they've got their own hit single with 'Boops (Here To Go)'. "You ...

ENGLAND MIGHT have never lost the Empire if she'd only listened to her taxi drivers. Here it is, 5 a.m., my time. I've just stumbled ...