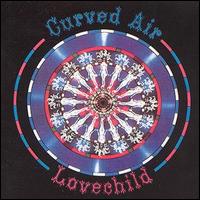 FRANCIS MONKMAN is a musician whose belief it is that electronic music is of growing importance, and he is anxious to play his part in ...

A Little Rift In Curved Air?

IT WAS SCOTT Fitzgerald who held to the theory that the test of a first rate intelligence was to hold two opposed ideas in the ...

GLITTER-GARBED and blond-streaked, Sonja Kristina had just returned from a bill-topping Curved Air tour of Germany the day that we met in her London PR's ...

Finally... The World Is Ready For Mick Brown's History Of Hype

IF YOU'RE looking for a definition, forget it. The word is an abbreviation of 'hyperbole', which the dictionary defines as 'rhetorical exaggeration', but in the ...

NOW IT can't be dynamic good style to start with parentheses can it (but when I put those five stars there I obviously mean if ...

CURVED AIR have never made a bad album and they aren't about to start now, though that isn't to say they're predictable. ...

SONJA KRISTINA stepped out of the dressing room after the gig at Dunstable in her lace stage dress that doesn’t look as though it’s really ...

Rock festivals in Wales always tempt providence, as many a Marley or 10cc fan can attest. But at Cardiff Castle last Saturday, the sun shone ...