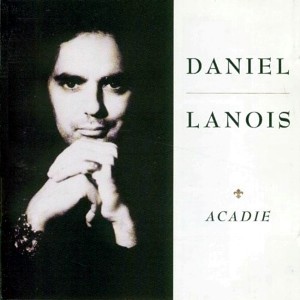 Daniel Lanois: The Producer as Conscience

"THERE'S A lot of pollution out there," says Daniel Lanois, drinking tea in the gazebo of his Santa Monica hotel one September morning, before continuing ...

LET'S NOT mince words; most of these ambienceurs are a fraud, trying to sell us insubstantial ideas that aren't worth listening to by simply turning ...

Daniel Lanois: A Nomad Settles Down to Record His Own Album

DANIEL LANOIS is best known for co-producing such chart breakthrough albums as U2's The Joshua Tree and Peter Gabriel's So. But you won't find much ...

Daniel Lanois: Chairman of the Boards

Daniel Lanois, rock's premier producer, steps out with his own album ...

BEST KNOWN for producing U2's The Joshua Tree and whipping up a little dust-storm of hipness around Dylan's Oh Mercy, Daniel Lanois is also a ...

Daniel Lanois and U2: Five Men and Achtung Baby

The new U2 album — released on November 18 — is "rougher and harder-hitting than anything we've done before" …Producer Daniel Lanois talks to Max ...

Daniel Lanois: The Book of Daniel

Interview by Nicholas Jennings, Inside Entertainment, 2003

"I HAVE WANDERED far and wide," Daniel Lanois sings on the title track to his latest album, "all the way from Paris to Mexico". ...

DANIEL LANOIS is a strange kettle of fish. You wouldn't call his voice magic, but there's a lot going on in his mind and how ...

Retrospective and Interview by Michael Simmons, LA Weekly, 12 May 2011

I'M 56 YEARS old. Old enough to remember one president's assassination and another's resignation, black people getting beaten for insisting on the right to vote ...