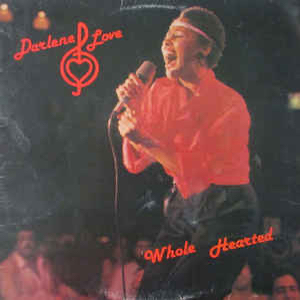 Rumour Has It That The Crystals, Bob B. Soxx And The Blue Jeans, And Darlene Love Are In Fact One Group. Here Are The Facts... ...

Flourishing a revolver our weird hero enters his dark, refrigerated room to recount strange tales the likes of which may never before have been heard ...

THE FAMOUS sound of Phil Spector will hit Bay Area stages for the next three nights when Darlene Love makes a round of local appearances. ...

WHATEVER INCONGRUITY exists in the idea of a mature woman getting onstage and protesting that she's not too young to get married, or defiantly proclaiming ...

THERE'S A point during Darlene Love's one-woman show, Portrait Of A Singer, where she's talking about singing background vocals on the Righteous Brothers' 1966 #1 ...

VOCALIST DARLENE Love's career is filled with ironies. She is most closely identified with Phil Spector's "Wall of Sound" recordings, made in Los Angeles in ...

IT'S TEMPTING TO imagine that Kenny Laguna invented the lifework he chronicles in the songs and liner notes of Laguna Tunes, that this parade of ...

Darlene Love: All You Need Is Love

'Tis the season to be jolly, and to dig out a yuletide classic by DARLENE LOVE. Phil Spector's secret weapon gets festive with TERRY STAUNTON ...