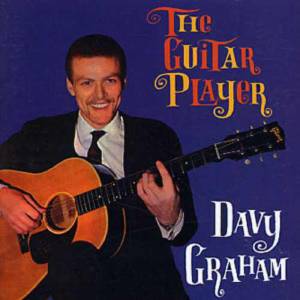 DON'T JUDGE Davey Graham's latest LP, Midnight Man (Decca LK 4780) on the basis of one hearing alone or, like me, you'll decide it's not up to ...

THE big question is: why isn't Davy Graham booked into Ronnie Scott's Jazz Club? He has as much to say as his fellow guitarist and ...

Update, 2019. In the piece below I mention that Basing Street, where Island Records was established in 1969 in what had been an abandoned chapel, ...

THERE ARE VERY few people who can genuinely be accredited with changing the face of a certain field of music. Most of that rare breed ...

Davy Graham: A Scholar And A Gentleman

Perfectly tuned survey of the dad of DADGAD's musical wanderings. ...