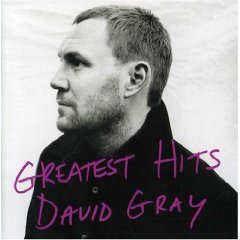 FLESH. HONEST title. Bare, bloody, real and sweaty. Neat choice from a man apparently on an endearingly Quixotic solo crusade to rescue the idea of ...

THE INTRINSIC NICENESS OF JOAN BAEZ is proving a problem for David Gray. "Yes, she's very nice," he admits again, shaking his head as if ...

Letter From London: Garage and The New Soft Rock

"TO ME, ALL MELODIES were pure embarrassment," said Radiohead's Thom Yorke recently as he struggled to explain the making of Kid A. It hardly seems ...

"IRRESISTIBLE: CLASS with an edge," Matthew Cooke of Amazon.com writes in a Best of 2000 Editor's Pick for St. Germain's Tourist, and if that makes ...

Terry's all gold – even though his name is now Buddhist Jesus II ...

FIRST THE GOOD news: two albums on from White Ladder, David Gray has lost none of his fragile humanity or bleary-eyed longing. ...

David Gray: "I was ready to throw off the past"

YOU'D THINK having three number one UK albums and two that charted in the US top 20, not to mention the biggest selling Irish album ...

'Song to the Siren''s irresistible tang

Its writer refused to record it. Pat Boone almost killed it. Then it was resurrected as a B-side to an indie prestige project. Martin Aston on how ...