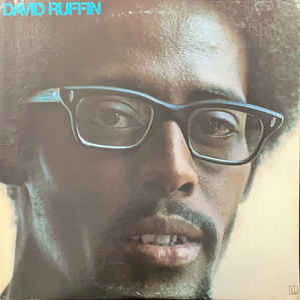 IT WAS expected that David Ruffin would be able to stretch out away from the confines of the Temptations and his first solo single and ...

THE TEMPTATIONS without David Ruffin, Eddie Kendricks and Paul Williams! Strange, but true – that is the sad situation as of today. There was enough ...

IF YOU check your American charts this week, you'll find that David Ruffin – after a break of some two years – is riding both ...

David Ruffin: Who I Am

THIS IS AN encouraging album. After a celebrated re-signing with Motown last year, the ponderous Norman Whitfield-produced Me 'n Rock 'n Roll Are Here to ...

"I KNEW IT was a hit record from the time I walked from the microphone up into the control room." David Ruffin on 'Walk Away ...

"I ALWAYS believed and prayed that I could express myself and be understood. By having a hit single, a lot of people are hearing me ...

DAVID RUFFIN, a former lead singer for the Temptations, died of a drug overdose in the early-morning hours of June 1st at the Hospital of ...

JUST ONE look at the tune-stack on My Whole World Ended and there's a real temptation to draw a plumb line between the disconsolate titles ...