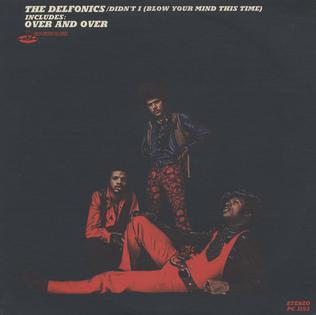 GENERALLY, all forms of American music finally break through in Britain. But, to date, there has been one outstanding exception in that the smooth groups ...

PHILADELPHIA'S Delfonics are probably the innovators of the city's famed sound, dating back to their earliest Philly Groove hits such as 'La La Means I ...

Hot night at the Apollo ...

IF YOU study Thom Bell's creative work, there is an undeniable classical influence in everything he does. The easy explanation to this is that the ...

THOM BELL smiles a lot. And it isn't only his natural good humour which creases his handsome, bearded face into another explosion of laughter. Over ...

MENTION THE Philly sound, and people will start thinking about The O'Jays, Billy Paul, The Intruders or The Three Degrees. ...

The Delfonics: Alive And Kicking

THE REAL SOUND of Philadelphia belongs to the Delfonics, who started not only the Philly sound but almost the whole black vocal-group syndrome back in ...

Inside The Philly Sound

In the States, and in Britain, the insidious sweet beat of the Philly Sound continues to conquer the best selling charts. The whooping passion of ...

The Delfonics: La-La Means I Love You – The Definitive Collection

THOUGH THE Delfonics are now seen as archetypal icons of '70s kitsch, they recorded their best stuff, including their three big hits, before the '60s ...

Randy Cain, b. 2 May 1945, Philadelphia, Pennsylvania, USA (replaced by Major Harris, b. Richmond, Virginia, replaced by Bruce Peterson, b. Chicago); Wilbert Hart, b. ...

Symphonic Soul: "You get more bees with honey"

Retrospective and Interview by Paul Lester, The Guardian, 16 November 2007