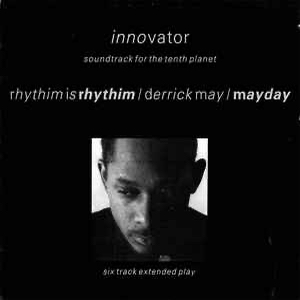 Detroit pioneer May discusses the state of Techno, and pays fulsome, eloquent tribute to the recently-deceased House legend Ron Hardy.

2008 NOTE: One year after the big bang of house hype, I was back in Chicago to investigate the latest developments – among them Acid ...

TECHNO – a new Detroit sound vibration – is rocking the House of the future. John McCready checks out the credentials of the Third Wave ...

Derrick May: What Is Techno?

FOR SOME reason, I'd half expected renowned Detroit techno demon Derrick May to be the quiet, retiring sort. ...

AND SO, we hear you say, tell us more about the origins and development of this exciting music you call Techno. ...

This is a transcription of Kris's audio interview with Derrick. Hear it on the site here. ...

Godfather of Techno: Derrick May

These are weird times for techno. It dominates the chart and provides the soundtrack to thousands of blissed-out lives, but there are battles building up ...

Four years after its invention in a Detroit bedroom, techno is now dominating dance floors from London to L.A. Is it the next musical insurrection ...