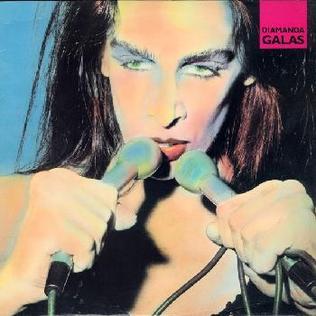 PEOPLE KEEP bursting in looking pained, which must have something to do with this record. Admittedly at a distance it could be mistaken for a ...

As the AIDS epidemic spreads and all pop can do is turn a blind eye, Diamanda Galas is the only singer left to stand and ...

DIAMANDA GALAS' AIDS trilogy Masque Of The Red Death draws a mixed bunch to the Queen Elizabeth Hall on New Year's Day — 50 per ...

SELF-CENSORSHIP destroys our richest dreams before they're executed. Just as redneck hysteria is the last refuge of the foul-mouthed scoundrel, so does restraint cast doubts ...

Intensity, Thy Name Is Diamanda Galás ...

AUTUMN SPAWNED a monster. Aileen Wuornos, dubbed "America's first female serial killer" by the US media, was executed on October 9, 2002. In the aftermath, ...

Profile and Interview by Ted Drozdowski, The Boston Phoenix, 2 September 2005

DIAMANDA GALÁS has had a talent for plucking beauty from the maw of horror for more than 20 years – right from her first solo ...

Diamanda Galás has been shouting down society's hypocritical moralists for over 30 years. Here, she explains how HIV/Aids, Catholicism and injustice inspired a lifelong crusade ...

Diamanda Galás: "My performance is catharsis"