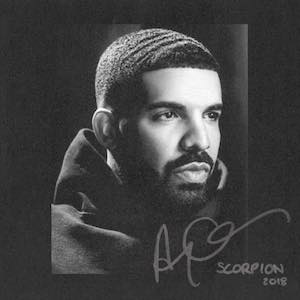 Where are the political pop stars?

Report and Interview by Lisa Verrico, The Sunday Times, 11 December 2016

Selfie-obsessed stars are selling out to the power of branding. ...

DRAKE IS THE Vampire Weekend of rap – he ticks all the wrong boxes, especially for a milieu that privileges poverty and strife. ...

Drake is here for the long run — and he's already outrunning most. ...

HIP-HOP ARTISTS are reigning supreme right now because they are the only one's who have real shit. In the midst of this rock drought we ...

Drake: Nothing Was The Same

IN A post Kanye-West-interview-with-Zane-Lowe world, Drake is looking like an average Joe. He's a heavyweight big-name, big-bucks star, yet he registers nowhere on the insanity ...

Drake: Nothing Was The Same

HIS LAST ALBUM, Take Care, was a multi-platinum-selling number one around the globe, but if anything this has plunged hip hop's most angst-ridden player into ...

ABEL TESFAYE, aka the Weeknd, is receiving the kind of cheers you rarely hear for what is technically a support act. The fast-rising 22-year-old Toronto ...

Drake: If You're Reading This, It's Too Late

ON THURSDAY NIGHT, Drake did what is increasingly becoming known as "a Beyoncé" and dropped, without warning, If You're Reading This, It's Too Late, the ...

How Drake became the all-pervading master of hyper-reality rap

The Canadian artist's success at spreading both his sound and self far and wide owes much to his desire to be everything to everybody – ...

Streaming is skewing the pop charts

Usually the awards show is a chance for those who turn up to walk away with a gong, but this year several acts and presenters ...

Dazzling visuals have no story to tell in a disjointed set with killer hits – and money – to burn. ...