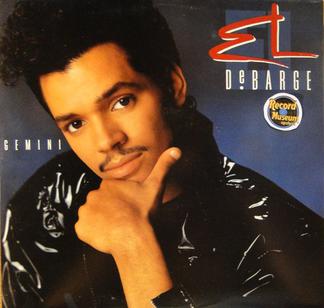 El DeBarge on the post-prison come-back trail with Second Chance album, talking about where he's at today(ish – he's fallen off the wagon again since this was taped), and recording with Jam & Lewis et al.

FLASHBACK: it's 1989 and El DeBarge is sitting in a conference room at Motown Records discussing his then new album, Gemini (his first in three ...

The Rise and Fall of The DeBarge Family

Retrospective and Interview by Michael A. Gonzales, Vibe, October 2007

The DeBarge family – El, Marty, Randy, Bunny and James, not to mention Thomas, Bobby, and baby brother Chico – were supposed to be Motown's ...