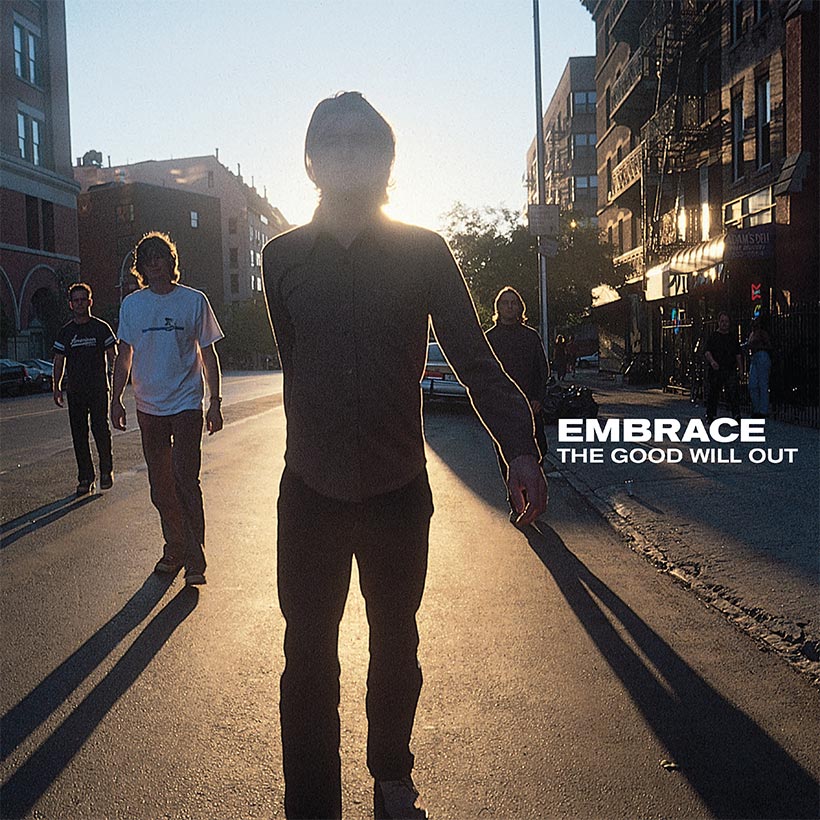 STEVE FIRTH takes a pull on his fag and stares out blankly at the sodden fields of Glastonbury. The rain is beating horizontally against a ...

STEVE FIRTH takes a pull on his fag and stares out blankly at the sodden fields of Glastonbury. ...

Embrace: The Good Will Out

One wants to be microwaved, the other's ready to shoot a cow. Get on the couch, EMBRACE fellas! ...

THIS FOLLOW-UP to 1998's The Good Will Out album was recorded with Trisan Norwell in London, Leeds and Gloucestershire. Perhaps inspired by his work with ...

Embrace: If You've Never Been

EIGHTEEN MONTHS AGO, Embrace made the decade's least expected comeback when their aptly titled fourth album, Out of Nothing, reached number one. Their reappearance, after ...

YEAH, I KNOW I'M BIASED. But any "critic" who claims to have some kind of objectivity when reviewing a record is lying anyway — the ...

We get the football anthems we deserve, says Pete Paphides. Can Embrace score a winner? ...