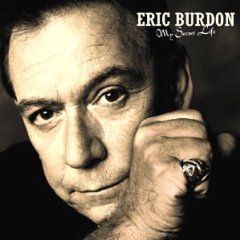 Head zoo-keeper Burdon talks about the Animals, the personalities, the splits, growing up in Newcastle, and about coming up and out of the '60s R&B boom.

A GREAT SHOW and a puzzling audience reaction. That was the net result of the first night of the Georgie Fame package tour at Finsbury ...

Monterey Pop Festival: Eric Burdon — 'It Was A Good Beginning'

"I THINK THE Monterey Festival was agood beginning for what may follow in the next few years. But I think there were a lot of ...

ERIC BURDON belongs to a fast vanishing breed. He is the last of the outspoken men of Pop, and the Animals are the last of ...

Eric Burdon Back on Scene With War Band ...

EIGHTEEN MONTHS ago in Los Angeles, Eric Burdon, six coloured guys, and a Danish harp player declared war on everything detrimental to mankind, except flesh ...

ERIC BURDON is back in town; talking with the old passion, drinking with the same cats and the same thirst as of old and generally ...

THAT WELL known Transatlantic commuter Eric Victor Burdon was in town last week with the news that a little light is entering the heavy world ...

FOR ONCE, the fashion writers have got it right — women's shorts are catching on, in Paris at least. And while the birds are gettin' ...

Burdon Back With Black Band

ERIC BURDON and the Animals, along with the Beatles and the Rolling Stones, was one of the most impressive of the early British rock groups. ...

Burdon whips up a storm ...

Eric Burdon: War Was Too Soft For Me!

Back On Stage… The Charlton Heston of Rock

Eric Burdon has been absent from the rock scene — but never gone. He’s made more comebacks than Jesus... and now he’s making another. And ...

THE 'PHONE DOESN'T stop ringing in Eric Burden's room at the Holiday Inn at Swiss Cottage. So many people, explains Katie from Island Records, are ...

THE ONLY THING wrong with Sun Secrets is that Eric Burdon should have made it six years ago. ...

ERIC BURDON'S notorious reputation as an abusive boozed-up Geordie ruffian might only have been part of rock's mythology, but at the moment it appears to ...

IF MEL BUSH, who is presenting Santana at Wembley Pool this weekend, had been present for the opening ten minutes of his support act's tour ...

IN THE final frame of Comeback, rock hero Rocco is shot dead as he leaves a Berlin stage, which is to begin at the end ...

LOOKING MORE LIKE A bantamweight boxer than a veteran rock singer, Eric Burdon stares out the window of his publicist's tenth floor office in the ...

THERE'S NO ESCAPING the formative years. Just ask Eric Burdon. As an 11-year-old, he had an audience with Louis Armstrong. Three years later, he helped ...