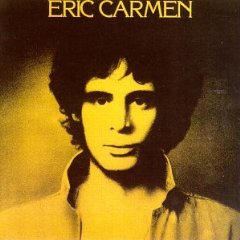 ERIC CARMEN isn't sorry that he asked us to go all the way with the Raspberries, but real life has its own way of intruding ...

AS THE FORMER lead singer of the Raspberries, a group whose misadventures prevented them from ever seeing sales figures that compared equitably with their true ...

ERIC CARMEN looks like his music, the slickness of which is so overwhelming that the ragged edges are jarring until you realize they've been placed ...

WHEN ERIC CARMEN, Wally Bryson, Jim Bonfanti, and Dave Smalley formed the Raspberries back in 1971, their goal was to stand for something especially fresh ...

Eric Carmen: Boats Against The Current

THIS IS THE SORT of album people accuse Paul McCartney of making: syrupy romanticism without bite or backbeat. It is not as overtly classical as ...

FIRST THE FACTS: A record that leads off with something called the 'Desperate Fools Overture', which sounds like Chicken George's love theme, is not a ...

Eric Carmen: "I Wanted to Find Where the Magic Was"

VERY FEW articles about Eric Carmen (including, sadly, this one) do not include the term "power pop" somewhere to describe the music he's made with ...