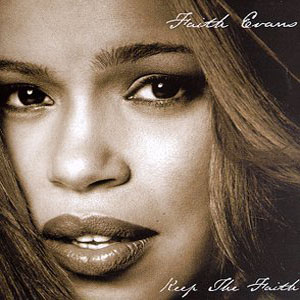 TWENTY-TWO-YEAR-OLD Faith Evans was already a successful songwriter before mini-mogul Sean "Puffy" Combs signed her as a solo act to his Bad Boy label. This ...

SHE'S A REAL brat: acting like a child, making demands on everyone around her, whining and squealing when she doesn't get her way. It's enough ...

TWO YEARS after the murder of her husband, the rapper Notorious B.I.G., Evans has made an album that both pays homage to him and bemoans ...

UNFORTUNATELY FOR Faith Evans, no matter what she does nor how well she does it, her career will never be able to hold a candle ...

Two UK No 1s have not made the former Mrs BIG a household name in this country. Faith Evan's new album might just do it ...

FAITH EVANS, the soul singer once married to rapper Biggie Smalls (who was shot in 1997; she has since remarried), recently launched her sixth studio ...

Report and Interview by Michael A. Gonzales, Ebony, 13 October 2014

In this 20th anniversary of Bad Boy Entertainment, its former First Lady collabs with Missy Elliott for sixth studio album. ...